The Idea of "Thickness"

An idea that keeps coming to my mind, as I look about this world and explore my own feelings about it, is the idea of "thickness". I've found myself invoking this idea several times, when talking to friends, and I've struggled to express it adequately. I'm going to try to put it into words here.
Although I've struggled to express it, I don't want to make out that there's any great mystery to it. I don't think there is. But I would ask the reader to think in very fundamental terms. For the moment, forget about Catholicism, religion, conservatism, Ireland, or anything else you might associate with this blog. I would ask them, too, not to assume I mean something lofty or noble. Not necessarily. "Thickness" can be vulgar and tacky.
By "thickness" I mean something like "distinctiveness plus depth". And again, not depth in a lofty sense, but in a simple sense.
I think Christmas might be the best example for "thickness". Christmas is in many ways my ideal for everything.
You can't walk through a city centre in mid-December without realising it's Christmas. Christmas is everywhere; in the lights, the decorations, the carol singers, the pine trees, and a hundred other details. There are countless Christmas songs, Christmas films, Christmas recipes, and so forth. Christmas is very distinctive-- for all its multiplicity, it has an inescapable "flavour"-- and it's very, very deep. There's a lot of it. It's bottomless, in fact. It's so omnipresent, at that time of year, that if becomes a backdrop to everything. 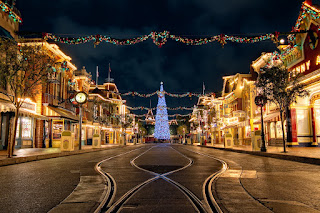 Here's another example of thickness-- parliamentary history. You could take any recondite field of knowledge, but parliamentary history is a personal favourite of mine. I have an idyll, a poetic vision, of a parliamentary history uber-nerd, sitting up in bed, in his pyjamas, with a copy of Hansard (the record of British parliamentary debates) in one hand and a steaming mug of cocoa in the other. (My uber-nerd-- let's call him Harold-- is always English, since Westminster is "the mother of parliaments".)
Harold knows all about the Rump parliament, the Barebones parliament, the Khaki election, and the West Lothian question.  He can tell you who the Speaker of the house was for any year you mention. He knows how constituency boundaries have shifted down the years. In short, he is neck-deep in the "thickness" of parliamentary history-- a subject that is both distinctive (with its own procedures, vocabulary, rituals, and so forth) and deep-- again, effectively bottomless. 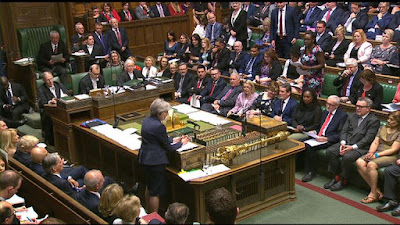 Would you like to run into Harold at a party? Personally, I would. Such people are often classed as "bores", although I've never understood why. Surely somebody who has a limitless fund of conversation on one subject is the opposite of a bore? Harold has much to say about something, at least. The true bore, to me, is someone who has nothing to say about anything, or (perhaps) a little to say about everything-- which is generally platitudes, popular opinion, and the fruits of casual reading or viewing. Harold is possibly a bit socially awkward, but would you really rather be trading tiresome and aimless banter with the social butterflies?
So couldn't it be said that everything is "thick", then? After all, you could immerse yourself in anything.
But I think there are real differences, and that "thickness" is an objective quality. For instance, take the contrast between Christmas and Easter.
Christmas is thick, in the secular world as well as in religious circles. Easter is not. Have you ever seen an Easter movie or read an Easter book? There may be any number of Easter hymns, but I know of no Easter songs. A person could easily walk through a city centre street and not realize it was Easter. I imagine that was possible even a hundred years ago.
Now, Christians know that the meaning of Easter is as deep and as distinctive as it could possibly be. And I imagine that distinctiveness, that depth, would be very evident in a monastery, or perhaps in some village with many pious traditions still alive, or even in a big and observant Catholic family. But, in contemporary Western society, Easter isn't at all "thick" in the sense I mean here. "The Easter spirit" doesn't roll off the tongue-- sadly. Easter doesn't form a backdrop like Christmas does.
(In fact, I've always had the desire for Easter to be made "thicker"...but that's another story.)
Another example of something that is not "thick", to contrast this time with parliamentary history. Let us take local history. Local history is very laudable, but in general, it's not "thick". It might be. I imagine, for instance, that the history of the Isle of Man is "thick", but I doubt the history of Watford is "thick". There must be lots of it, as with all history, but I doubt that it's very distinctive. 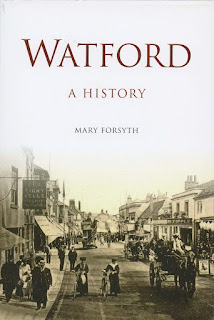 I crave "thickness" and I always have. And I have a certain affection for "thickness" even in contexts that might not seem particularly laudable. I've never been in a bingo hall, and bingo seems like a singularly mindless occupation to me. But I can't help feeling a certain affection for bingo halls, since bingo has its own slang, its own rituals, its own way of life.
"Thickness" can apply to anything. It can apply to transport, for instance. I've spent far more time in buses than on trains, but I've never found anything "thick" about bus travel. A bus is just a long car, for the most part. But air travel is very "thick", and train travel is as "thick" as you could wish. We've all heard about train-spotters and model train sets. Have you ever heard about bus-spotters or model bus sets?
Now I'm on the subject of travel, it occurs to me that age is not necessarily a guarantee of "thickness". Walking is the oldest form of human transport, but it's not particularly "thick". Not a fraction as "thick" as train travel, which came along the day before yesterday.
I would claim that even time-periods can be "thick" or not "thick". The seventies, it seems to me, were "thick". So were the sixties. But what about the noughties? Perhaps they will seem "thicker" in retrospect, but I doubt it.
So what is the importance of "thickness"? Well, it has a personal importance to me, since I crave it. But I think it is important for society, too.
"Thickness" is always easy to mock, and is the habitual target of stand-up comedians. Christmas is a racket, the Isle of Man is inbred, train-spotters are pathetic, parliament should be modernized and streamlined, etc. etc.
But people gravitate towards "thickness" constantly, if only to mock and castigate it. It's something to grasp hold of, something to capture the imagination (in whatever way), a backdrop, a theme, a flavour, material for a joke or a caricature. "Thinness" is none of those things.
Let's turn to the example of Catholicism. We've all heard about the Catholic who has a "quiet, inward" faith, even though he might not get to Mass every week, and doesn't go in much for prayers and novenas. His faith is expressed in how he lives his life, he tells us-- or his obituarist tells us.
Very well. But I can't help feeling a lot more admiration for the old lady who goes to daily Mass, whose house is filled with holy pictures, who is always rattling off rosaries, and who goes on pilgrimage several times a year. Apart from anything else, she is constantly proclaiming the name of Jesus, while "quiet, inward faith" leaves it unspoken most of the time. But more than that--she fills the atmosphere, the little corner of the world she occupied, with the incense of piety. 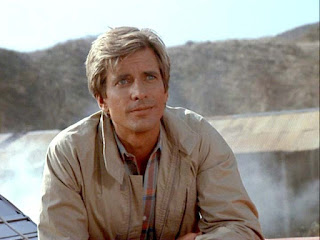 The same applies to nationality. What is the point of being a patriot if you are not doing your part to preserve your country's traditions and distinctiveness? I've never had any interest in an Irishness which is confined to the depths of the psyche-- a quiet, inward Irishness, perhaps. Nationality that is not expressed in outward things is a feeble, wispy entity. But a nationality which expresses itself in song, story, language, dance, clothes, food and drink, and so forth-- that's a living and vibrant nationality. A "thick" nationality. Besides, I believe that, to a great degree, taking care of the "outward things" means that the "inward things" take care of themselves.
These are by basic thoughts on "thickness". It may not seem a terribly significant concept. But I find it coming to my own mind all the time. Generally speaking, I'm in favour of whatever fosters "thickness" and opposed to whatever diminishes it.
Posted by Maolsheachlann at 1:49 AM