Some people say that the purpose of life is to leave the world a better place than you found it. This has always seemed a dubious proposition to me. Aside from anything else, it seems circular. If the purpose of every life is to improve the world, what is the ultimate point of all these improvements? O is it the process of improving that counts, rather than the improvements themselves?

I am reminded of that increasingly popular proverb, which may or not have originated from some Eastern religion: "The journey is the destination." I hate that proverb. It makes me queasy.

Without a destination, there is no journey. And the journey itself has no meaning unless there is a destination that is sought for its own sake. (Please note that this is not to say the journey can't have its own intrinsic value.)

The proper attitude, in my view, is best expressed in G.K. Chesterton's aphorism: "The inn does not point to the road; the road points to the inn". (I wonder how often I have quoted those words on this blog?)

This mixing up of means and ends may be one of the things I dislike most about progressivism. Progressivism is a philosophy that enjoins progress towards...what? Freedom? Equality? Togetherness? The optimum combination of all three? Nobody seems to know, and progressives themselves don't seem to have very many clear thoughts on the subject. Critics of progressivism very often point out the occasions when it seems to contradict itself. Indeed, the vagueness of the goal often seems to be essential to the philosophy.

Insofar as progressivism seems to have a goal-- or at least, a vision of the good society-- it's one that many people (including me) contemplate with a shudder.

I doubt anybody has written more eloquently on this subject than George Orwell, both in his tract The Road to Wigan Pier and in his essay (one of the greatest essays ever written) "Why Socialists Don't Believe in Fun" (also known as "Can Socialists Be Happy?"). In the latter, he reflects on utopian writing:

By far the best known modern Utopias are those of H. G. Wells. Wells's vision of the future is almost fully expressed in two books written in the early Twenties, The Dream and Men Like Gods. Here you have a picture of the world as Wells would like to see it or thinks he would like to see it. It is a world whose keynotes are enlightened hedonism and scientific curiosity. All the evils and miseries we now suffer from have vanished. Ignorance, war, poverty, dirt, disease, frustration, hunger, fear, overwork, superstition all vanished. So expressed, it is impossible to deny that that is the kind of world we all hope for. We all want to abolish the things Wells wants to abolish. But is there anyone who actually wants to live in a Wellsian Utopia? On the contrary, not to live in a world like that, not to wake up in a hygienic garden suburb infested by naked schoolmarms, has actually become a conscious political motive. A book like Brave New World is an expression of the actual fear that modern man feels of the rationalised hedonistic society which it is within his power to create. A Catholic writer said recently that Utopias are now technically feasible and that in consequence how to avoid Utopia had become a serious problem. We cannot write this off as merely a silly remark. For one of the sources of the Fascist movement is the desire to avoid a too-rational and too-comfortable world.

Funnily enough, although Orwell speaks to my own depths in this passage, it's also the case that Star Trek: The Next Generation is one of my favourite TV shows (in fact, it's my joint-favourite along with the US version of The Office)-- and Star Trek portrays a world (or a galaxy) which is almost as utopian as the Wellsian vision Orwell describes. At least, it is a world where poverty no longer exists and technology provides everybody's material wants. Of course, Star Trek manages to have it both ways by taking the crew of the Enterprise to worlds which are far from utopian, and landing them in perilous situations. The utopianism is in the background, rather than the foreground-- and this is essential.

In fact, I think this distinction tells us a lot about human nature. The things that really upset people are very often not the 'primary' challenges they face but the 'background'  or secondary challenges. It's not the gruelling examination which bothers us the most-- we might even relish the gruelling examination. It's the broken coffee machine outside the examination hall, just when we so badly wanted a fortifying (or reviving) cup of coffee.

However, I have somewhat wandered off the subject. Let us return to the proposition with which I began: that the purpose of life is to leave the world a better place than you found it.

As a matter of fact, I think very few conservatives (if any) are opposed to social improvements per se.

That's well put, and certainly true. But most of us still feel a certain obligation towards this vale of tears, this halting post on the way our eternal destination, and an investment in its future.

Only yesterday, I realised that the 'public' duty I have always felt most powerfully is not to make the world a better place but to leave the world a more interesting place-- or at least, not less interesting.

It seems to me that the goal of progressives, to a great extent, is to rub away everything that is historically contingent, everything that is particularistic, from any given society-- indeed, from life in general. I can't imagine anything worse, and I kick against it with all my might.

The world that progressives want to bring into existence seems so dull to me. Secularism is dull. Androgyny is dull. Cosmopolitanism is dull. Sexual liberation is dull. 'Live and let live' is dull. Radical individualism is dull. There is simply nothing to say about these things, once they have come about. They remind me of the haunting image at the end off Philip Larkin's 'High Windows': 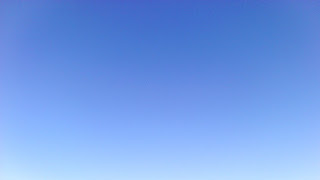 Rather than words comes the thought of high windows:
The sun-comprehending glass,
And beyond it, the deep blue air, that shows
Nothing, and is nowhere, and is endless.

I am, of course, putting this in the most provocative and trenchant terms possible. I'm not saying that prejudice is always good, or that repression is always good, or that narrow-mindedness is always good. Obviously that wouldn't be true. And it would be very easy for some tiresome person to come along and challenge me with a reductio ab absurdum: "Oh, so you must think Apartheid South Africa was great?". No, I don't think that. But I get so tired of the simple assumption that anything which binds is bad and anything which looses is good, that I feel inclined to state its opposite as bluntly and unapologetically as it can be stated.

These reflections are prompted, in part, by my reading of a book entitled Unquiet Spirit: Essays in Memory of David Thornley.

David Thornley was an Irish intellectual, journalist and politician who died at the age of forty-two-- three years older than I am now. He was brilliant and handsome and charistmatic. Most interestingly, he was a Catholic, a socialist, and an Irish republican. (The last term is one which I hardly know how to begin explaining; indeed, I'm not sure I even understand it myself. Suffice it to say that an Irish republican is usually one who combines a hope for a united Ireland with a commitment to the ideals of liberty, equality and fraternity). He died in 1978, when I was not even a year old. (It was also the year that John Paul II began his pontificate and that the Jonestown massacre occurred-- lots of things that interest me seem to have happened in 1978.)
I find Thornley an interesting figure because he belongs to a time when the Irish left had not definitively turned from Catholicism. (So far from being a mere cultural Catholic, he actually converted to Catholicism, and took a great interest in Catholic social teaching.) I also find him interesting because, reading the book, I am brought back to what seems to me (who never experienced it) like a time when ideas swarmed thick in the air of Ireland. Many contributors to the volume mention the difficulties he had reconciling the three aspects of his worldview; but this seems like a very dramatic, fruitful and creative tension.

When I hark back to "a time when ideas swarmed thick in the air of Ireland", I'm not just talking about the time that David Thornley lived. In fact, I'm talking about Irish history from perhaps the mid-nineteenth century to-- well, to 1978.

It really does seem like that to me! I just missed out. When I listen to my father's anecdotes (and indeed when I read primary sources from the era) it seems to me that everybody in Ireland, up until my infancy, was a republican, a Marxist, a Maoist, an anarchist, a fascist, a humanist,  a modernist, a decadent, an ultramontanist, or an adherent of some other social philosophy-- indeed, I wouldn't be surprised if there were some people out there who were all of these things at the same time (David Thornley squared, as it were).

Everybody seemed to discuss the national question, and the tortuous bends and swerves of Irish history, all the time-- often in the pub.

Or over Christmas dinner. I've always loved the famous Christmas dinner scene in Portrait of the Artist as a Young Man, in which a militantly pious aunt has a ferocious argument with the nationalistic man of the house, and his friend, over the career and downfall of Irish nationalist leader John Stewart Parnell, who fell from grace when an extra-marital affair was revealed, and the Irish bishops (rather reluctantly) withdrew their support from him. I thought that was the kind of thing people should be talking about over dinner.

This is a longer post than I had intended. But it's a subject dear to my heart, so I don't want to skimp on it. I will return to it soon-- perhaps tomorrow.
Posted by Maolsheachlann at 3:21 PM