Ireland's cinemas have been closed for pretty much the entire duration of the Covid-19 lockdown, aside from a short spell when they reopened for a few weeks, back in the summer. I find myself increasingly craving the big screen experience, as I imagine are thousands of other Irish cinema fans.
This situation has had me looking back at the cinema infatuation of my twenties. I don't know if infatuation is the best word. Passion, obsession, compulsion, and mania might all apply just as well. I pretty much spent my twenties in the cinema. 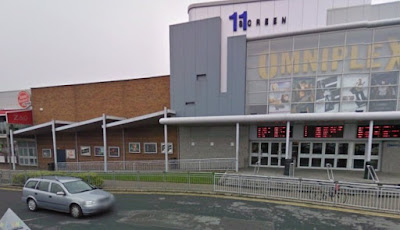 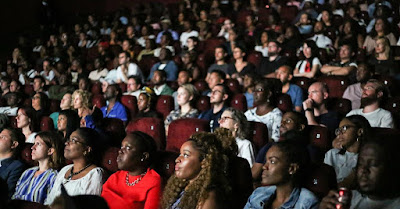 The few visits to the cinema in my childhood are some of my happiest memories. I was taken to see Indiana Jones and the Temple of Doom, Young Sherlock Holmes, Biggles, Indiana Jones and the Last Crusade, and Batman.
As well as this, there was a Saturday morning film show in the community centre that my father helped to set up and run, back in the eighties. The film were shown on a big projector screen in a large dark hall with refreshments outside, and were often recent releases, so it was more or less the same thing as the cinema. I can't remember all the films I saw there. They included Back to the Future and The Karate Kid.
The first film I went to see in 2001, when I started going on my own, was The Mummy Returns. It was an inauspicious start. The film itself was poor and, for some reason I can't remember, I arrived late and left early. But soon I was hooked.
The first film that I remember really impressing me, in this first year of attending on my own, was a Canadian horror film called Ginger Snaps. It was about two teenage girls who find themselves turning into werewolves. The tagline was "They don't call it the curse for nothing". I was pleased at the idea that the cinema could address important features of the human condition, such as female puberty, in such a tangential way. Visually it was quite impressive, with its own dark and cluttered aesthetic.
Before I actually became a frequent cinema-goer, I wrote a poem favourably comparing an old single-screen movie house with modern multiplexes. Once I started attending the cinema, I quickly changed my mind on this. I'm a big fan of multiplexes. I like big, plush cinemas. I like knowing that other movies are being screened around me, simultaneous with the film I'm watching. The cinema I fell in love with (and the one I attended most frequently by far) was the Omniplex in Santry, a big, dark, comfortable multiplex with a large lobby, part of a busy shopping centre. I quickly came to feel very at home in its plebeian, unabashedly commercial atmosphere.
Cinema-going was a sort of spiritual rebirth for me. It was a new world, a new phase of my life. It felt as though both myself and the world had become younger. Although I had been to the cinema before, going on my own somehow seemed a completely different experience. It reawakened all of my senses-- the huge glowing screen, the echoing surround-sound, the scent of popcorn, the taste of my medium-sized Coke (Coke tastes better in the cinema than it does anywhere else).
Strangely enough, I felt this sense of awe most powerfully, not when I was watching the feature, but when I was watching the ads and the trailers beforehand. Even today, I feel like a visit to the cinema is half-ruined if I miss a single trailer. Some particular ads stand out in my memory. There was an ad for Orangina which featured (I think) a huge orange with arms and legs, dancing up a staircase to the tune "Cheek to Cheek". As you probably know, the song opens with the words: "Heaven, I'm in heaven, and my heart beats so that I can hardly speak..." The first few seconds of this advertisement had such a profound effect on me that I've never forgotten it. The colours and the lighting, as well as the rendition of the song, struck me as heightened, otherworldly, even eerie (in a pleasing way).
The Carlton Screen Advertising intro, which is sadly now obsolete, also branded itself into my memory-- pun fully intended. 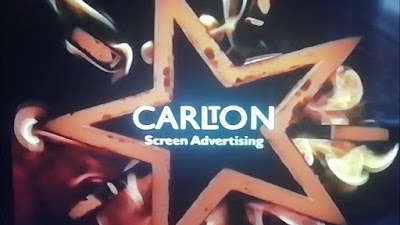 I developed a ritual: I would buy a medium-sized Coke and wait until the very first trailer to take my first sip. I never ate food in the cinema. Sometimes I would have a lemon-flavoured Lucozade while wandering around the shopping centre before the film. The cinema was about a twenty minute walk from my home, and I would always walk there and back.
I generally liked to go on a Saturday morning. I much prefer to go to the cinema in the daytime than at night. Walking out of the darkness into the daylight, with life still going on all around me, was a sensation that became familiar and then cherished. (Although I've only browsed it, I love the title Mornings in the Dark, a collection of Graham Greene film reviews.) Although morning has always remained my favourite time for cinema attendance, I did develop a habit (somewhere around 2004) of going on Friday nights, sometimes to premiers. I much prefer a sleepy, mostly-empty cinema to a crowded one, but a crowded one has its own pleasures.
It could be argued that cinema-going became compulsive to me, that it was simply a way of filling emptiness. I was single and in a steady but undemanding job. I didn't really have a social life. Aside from wanting to write (and I was writing), I had no real direction to my life.
But I really dislike that kind of assumption. I didn't go to the cinema because I had nothing better to do. I went to the cinema because I loved it, because it was an avenue to the sublime.
I felt a bit embarrassed because I was going on my own all the time, not having anybody to go with. I got so worked up about it that I imagined people assumed a man alone in a cinema was some kind of weirdo, and were looking askance at me.  I've changed my mind completely about this. Solitary cinema-going is the best form of cinema-going. Yes, talking about the movie afterwards is a pleasure of its own, but it's hard to really disappear into a film if you're always conscious of the person or people sitting next to you. Only, perhaps, if you go with a spouse or very close friend-- somebody you're not worried about impressing or entertaining-- can having company in the cinema not ruin the experience. Going to the cinema in a group is a travesty.
I also got a bit embarrassed and defensive about my cinema-going. Everybody at work would always ask me the same question: "Seen any movies lately?". I began to feel as though this was all anybody associated with me, that I had nothing else in my life. I even stopped going to the cinema for a period of months out of pure contrarianism, so that when people asked me "Seen any movies lately?", I could reply: "No". (Looking back, this was very silly. I realize now that everybody struggles to have anything to say to other people, and they're just grateful to have something, anything, to ask about.)
I went to see pretty much anything that was on. I would turn up at the cinema without any idea what was playing. I saw an awful lot of bad movies this way, but I also discovered some wonderful movies that were given a critical mauling, that I never would have tried if I was less adventurous in my cinema-going.
Sometimes I would even take days off work to see a particular movie; for instance, Quentin Tarantino's Kill Bill in 2003 (both instalments). 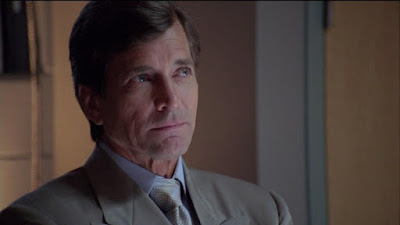 For a few months in 2005, I lodged in a house which was right next door to a cinema-- the Ormonde cinema in Stilorgan. As you can imagine, my cinema-going became particularly frequent at this time. The Ormonde had a very young clientele, and audience participation was intense. I particularly remember the film Red Eye, a thriller set on board an airplane, during which the hooting and screaming and laughing never seemed to stop. I enjoyed this greatly.
On about half-a-dozen occasions I've been the only person watching the movie. The first time this happened was The Alamo in 2004. It's a unique sensation.
The movies are a big, intense experience and they somehow bolster one's belief that life itself is a big, intense experience. They are a form of heightened, concentrated life. Maybe I overdid it-- I can remember how flat the experience sometimes became, during a particularly dull or clichéd movie-- but I don't really regret my cinemania, and I think it left a lasting legacy on my mind.
And I can't wait for the cinemas to re-open.
Posted by Maolsheachlann at 5:00 AM