I haven't had much time to blog recently, so here is something I wrote for the Catholic Voice back in 2015. Reading over it now, I wonder if what I'm saying might be in tension with St. John Paul II's call for a "qualitative renewal", and St. Benedict XVI's appeal for Catholics to become a "creative minority." Anyway, here it is.

When we contemplate the future of the Irish Catholic Church, we might be tempted to despair. A tiny number of new priests are being ordained, congregations are dwindling, and young people in particular are absent from our churches. This week, I saw it calculated (on the Irish Catholic Forum, an internet resource worth visiting) that only one per cent of Irish people under the age of thirty-five are practicing, faithful Catholics.

I am myself, however, very hopeful about the future of the Church in Ireland. I am hopeful for many reasons; through witnessing the fervour and seriousness of the young Catholics that are out there; through a realisation that the Irish Church is going through a process of purification, after much of the insanity of the sixties, seventies, and eighties; through a recognition that much of the hostility towards the Church today is based on a reaction, and that reactions do not go on forever; most of all, through a belief that the Church teaches the truth about man and society, and that—though falsehood may fly around the world while the truth is putting its boots on, as the proverb goes—sooner or later people miss the truth, and crave it. 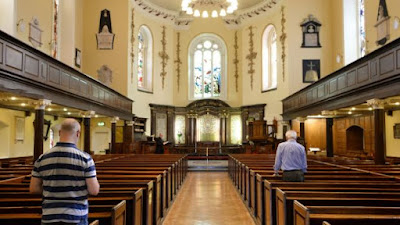 But while I am hopeful, I think there is nothing at all to be gained by denying the scale of the challenge. Most likely, the Irish Catholic Church of twenty years from now will be almost unrecognisable from the Church of today. We are facing a long winter—perhaps even persecution. I think it is very possible that none of us living today will see the end of this winter. (But, then, who knows the mysterious Providence of God?)

One temptation which I think is almost as dangerous as the temptation to despair is the temptation to a kind of sour grapes mentality. Perhaps we may also describe it as a ‘never mind the quantity, feel the quality’ mentality. This kind of reaction dismisses numbers and social influence as unimportant, and emphasises that the Kingdom of God is invisible, something that cannot be quantified or measured.

Now, the first thing to say is that this is strictly true. As Our Lord himself said: “The coming of the kingdom of God does not admit of observation and there will be no one to say, "Look, it is here! Look, it is there!" For look, the kingdom of God is among you.” Christianity can’t be measured by statistics. 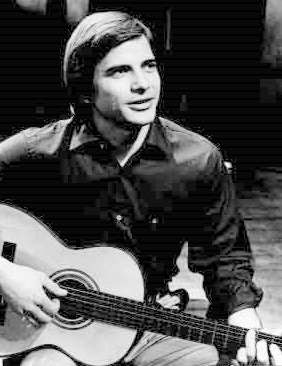 Nevertheless, I do not believe that statistics are irrelevant. The most recent Pew Forum survey in America found that the number of self-declared Christians there has fallen by eight per cent in seven years. Although the great majority of Americans—seven in ten—are still Christians, I believe that this study is very bad news, and should be treated as such.

Too many Christians, reacting to such statistics, dismiss them as unimportant. Many Christian commentators respond that, as the surrounding culture becomes more hostile to Christianity, great numbers of ‘nominal Christians’ are simply dropping the pretence that they were ever Christian at all. There is no real change, according to this interpretation; merely a change in appearances.

C.S. Lewis, who was of course writing from an English perspective, said something similar in his essay “The Decline of Religion”:

“One way of putting the truth would be that the religion that has declined was not Christianity. It was a vague theism with a strong and virile ethical code, which, far from standing over against the ‘World’, was absorbed into the fabric of English institutions and sentiment and demanded churchgoing as (at best) a part of loyalty and (at worst) a proof of respectability….The decline of ‘religion’, thus understood, seems to me in some ways a blessing….The fog of ‘religion’ has lifted; the positions and numbers of armies can now be observed; and real shooting is now possible.”

This is one of those instances where, I believe, the great C.S. Lewis was wrong (even given his qualification “in some ways”.)

I think we should be very slow to deny the name ‘Christian’ to anyone who claims it. After all, which of us can be sure we are not ‘nominal Christians’? “Not all who say to me ‘Lord, Lord’ will enter into the Kingdom of Heaven”. (Matthew 7:21). I have never been able to read (or hear) those words without a shiver.

I am not talking about heresy here. We can be very clear about heresy, and about the grave sinfulness of certain types of behaviour, without venturing to claim that those who fall into such heresies or sins are not Christians at all. Even while correcting them (where it is appropriate), I think we should gladly acknowledge them as brothers and sisters in Christ.

In Defence of Cultural Christianity

Christianity is not an individualistic religion. We are not called to work out our own salvation, without regard to the spiritual welfare of the rest of society. We are told to be the salt of the earth (Matthew 5:13), the lamp on a stand (Mark 4:21-25), the yeast that makes the whole batch of dough rise (Matthew 13:33).

As Saint John Paul II wrote in his encyclical Ecclesia in America: “The new Evangelisation calls for a clearly conceived, serious and well organized effort to evangelise culture.” Indeed, the need for ‘cultural evangelisation’ was a major theme of his pontificate. 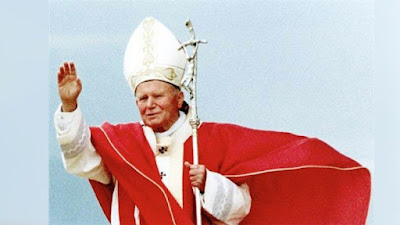 In a purely pragmatic sense, I think it is desirable that Christianity is proclaimed as widely and as broadly as possible. It is easy to dismiss the practice of parents who are none-too-sure of their own spiritual beliefs dragging their reluctant children to Mass. It is easy to dismiss the plethora of rather wishy-washy Christian books that fill the shelves of Christian bookshops, and whose Christian content seems slight or negligible. It’s easy to be dismissive of saccharine Christian themes in film, TV and art. But I think this is a mistake.

A reluctant child who is dragged to Mass is having a spiritual experience. A seed is being planted. It may grow, or it may not. It could be argued that the experience is a bad experience and that it will turn the child against the Faith. But I simply don’t believe this. Just as people who are force-fed poetry in school usually end up appreciating it, I think that it is better for a child to encounter the gospel than not to encounter it—in almost any form.

Even today, Christianity enjoys an extraordinary prestige in our society. The figure of Christ is revered by believers and non-believers alike. The drama of Christ’s life is mirrored in innumerable novels, stage plays, movies, television shows, and popular songs. When tragedy strikes, communities and individuals turn to Christian rituals and Christian gestures for consolation. Christian virtues such as humility, forgiveness and a reluctance to judge—virtues that are in no way intuitively obvious—retain their influence, if only as ideals.

This ‘atmospheric’ Christianity, I would argue, is extremely important. Not only does it make it more likely that any individual will encounter the name and words of Christ, it also gives that name and those words a resonance that they might otherwise lack. To put it bluntly, I think that the ‘hype’ around Christ in our society is a rare example of good hype. The child who sees many people in his life failing—even failing dismally— to be good Christians is at least seeing those people trying to be Christians, or at least wanting to be Christians. How can he fail to be impressed by this? How can it fail to give the very thought of Christ a certain halo in his imagination?

As well as all this, I think that, though we may be disdainful of numbers, the Bible doesn’t seem to be. The parable of the mustard seed is often quoted as an endorsement of small beginnings, as indeed it should be. But it hardly seems to support a concentration on quality over quantity:

“The kingdom of heaven is like a mustard seed that a person took and sowed in a field. It is the smallest of all the seeds, yet when full-grown it is the largest of plants. It becomes a large bush, and the birds of the sky come and dwell in its branches.” (Matthew, 13:31-32) 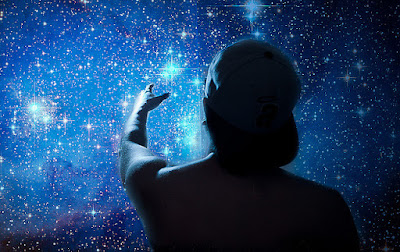 Abraham and the other patriarchs were promised that their descendants would outnumber the sands on the seashore. The Old and New Testaments both seem to envisage the coming of the Messiah as something world-changing, not only in an esoteric way but in a very literal way. Jesus tells us he has come to bring fire to the earth, and predicts: “From now on, a household of five will be divided: three against two and two against three; father opposed to son, son to father, mother to daughter, daughter to mother, mother-in-law to daughter-in-law, daughter-in-law to mother-in-law.” (Luke 12:52-53). Doesn’t it seem obvious from this that Christianity is not supposed to be a minority pursuit, but a burning public issue? Isn’t Pope Francis right to urge young Catholics to “make noise”?

Mary Kenny wrote an excellent book entitled Goodbye to Catholic Ireland. I don’t think that book’s title should describe our attitude. I think we should fight to retain as much of Catholic Ireland as we possibly can—and, even more importantly, work to bring about a new Catholic Ireland of the future. We are here to bring fire to the earth, not warm ourselves on a brazier of private faith.
Posted by Maolsheachlann at 7:11 AM