My Turn to the Contemplative (III)

I have come to the conclusion that, for me, contemplation (or contemplativeness) is as much about repetition, or perhaps "revisiting", then it is about silence or slowness or simplicity. My mind is always racing and I like to have activity around me. Seeking out silence and seclusion and all those other "s"'s only seems to make my mind even more restless. (Sometimes I envisage my mind like a table-tennis rally, or a ping-pong rally as our American friends say. Sometimes I envisage it as a microwave full of popping popcorn.) 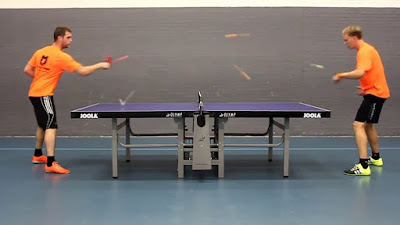 This is the strange contradiction I've noticed in my own life: although I'm the further thing from a contemplative in terms of behaviour, the happiest moments of my life have almost all been contemplative moments. I can understand why so many philosophers believe contemplation to have been the highest good, or at least the highest happiness.

What is contemplation? I suppose there could be any number of definitions, but one that it occurs to me is that it's enjoying things rather doing anything with them. Although it might well be simultaneous with doing things, as I contend here.

There are any number of contemplative moments I could draw on, throughout my life. They usually come out of nowhere.

Here's one example, one I've mentioned on this blog. It was during my fourth or fifth year in secondary school, when I would have been about sixteen. It was a free class, or a study class as teachers prefer to call them. I was sitting in the study hall in my secondary class, which was the hallway and centre of the whole school. A quiet had descended on the school, the day's classes were almost done. There were very few people in the hall.

I was studying my history book, and suddenly I became aware of history as a continuous stream. Until then, I suppose, I had thought of history as a stage, with changes of scenery and dress between scenes. Of course, I knew that time was one long stream, but it had never really struck me so powerfully before.

There was a sort of balcony corridor running above one side of the study hall, and there was some kind of wrought iron screen along one stretch of it-- or perhaps it was a gate. In any case, I found myself looking at the patterns in the wrought iron, and thinking of the patterns of history, underlying day-to-day life. I felt a powerful sense of the sublime.

Another memory is the day after the Republic of Ireland soccer team's 1-1 draw with Northern Ireland, in 1993, a game in which the Republic just squeezed into the World Cup Finals with a late and spectacular goal. To a teenage boy at the height of the Jack Charlton era, this was a big, big deal.

My memory is of sitting in the kitchen in our flat, reading the coverage of the match in next day's Irish Press with my brother and cousin. We were swapping pages of the paper back and forth. After the high drama of the previous evening, the sense of calm and quiet celebration was delicious. Contemplative moments, in my experience, are often "in betweeny" moments.

More to come...I haven't really expanded on the role of repetition in my experience of contemplation, which was my goal when I started writing. It will have to come in the next post...

Posted by Maolsheachlann at 4:16 AM