The gallop of the unicorn is unstoppable. Indeed, it is increasingly borne upon me that my blog post, "Unicorn Poetry: A Manifesto" simply gave a name and a description to something that had already existed. Perhaps it had always existed? Indeed, there are many classic poems which might be described as Unicorn poems avant la lettre. "The Listeners" by Walter De La Mare is one example that comes to mind; as is "The Road Not Taken" by Robert Frost.


Exciting news has reached me of Unicorn poets working away in towns, cities and villages all over the world. Indeed, a Unicorn poetry circle has formed in Winnipeg. Two sisters, both retired teachers, and their physical therapist. Hail Winnipeg!

Sadly, there is also a resistance forming. I have heard news of literary editors in newspapers and magazines all over the world being warned that Unicorn poetry is not to be published. One poetry professor in New Zealand has taken Mrs. Anne Lewis's "Unicorn Mine", as an example of bad poetry to show her classes. Thankfully her derision has backfired; several of her students were so impressed, they sent me emails asking to be put in touch with "the Ethereal Anne", as they described her. They have also started writing Unicorn poetry themselves, although, upon perusing their efforts, I had to warn them against a too-slavish imitation of their heroine.

Our latest Unicorn poem was left anonymously in the comment section of my initial manifesto. I have no hesitation in terming it an instant classic of the genre. 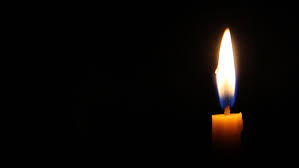 The candle's flame, the Unicorn's horn,
In both a sense of hope is borne
Aloft, alight for all to see -
By fire or bone inspir'd be!

Find comfort and find confidence
In symbols of magnificence -
And when you feel your spirit worn
Ignite the candle, invoke the horn.

Do not allow naysayers slight
The power drawn from strength and light
And pity those fools who would scorn
The warming light, the piercing horn.

Belief is what we need today,
Belief tight-held, which followed may
Unpick the forest from the trees
(By fire or bone inspir'd be!)

Come to the table and bring your share
Faith's bounty is found everywhere
You care to look, be not forlorn -
Ignite your candle, invoke your horn!

Does that fine poem inspire you with a desire for emulation? Well, get down to it, and send the results on to me!
Posted by Maolsheachlann at 12:43 PM