When people mention Chuck Norris, the tone is usually ironic. However, in this (quick) post I'm going to take Chuck seriously.

As you probably know, he was a martial arts champion before he was a TV and movie star, and he developed his own style of martial arts. It has its own code of ethics, which I first came across a few years ago (maybe six), and which impressed me greatly. Yes, it might seem a bit corny, but perhaps that's because we are all so conditioned into cynicism these days. 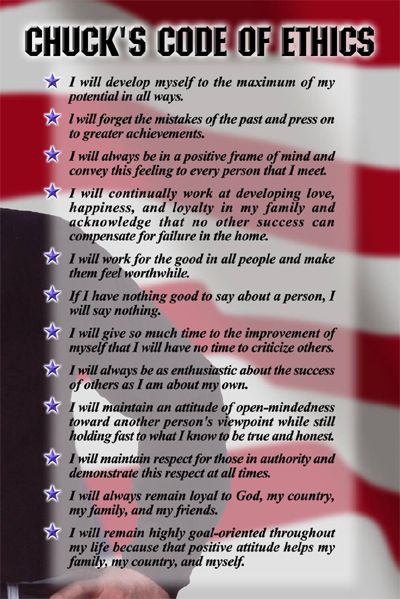 The first point of this code appeals to me so much because I've always had a strong urge towards self-improvement. The key word there is "urge". I've only ever acted upon this urge very intermittently. When I was a kid, I used to draw up timetables that allocated every moment of the day to self-improvement in one way or another. These programmes only ever lasted a day or two, though.

In my mid-teens, I resolved to read my way through the bookcase in my house, left to right, reading any book no matter what it was. I think I got half way through one shelf. I remember the letters of Pliny the Elder was one of the books.

On the flip side, I could be extremely lethargic and fatalistic. I still suffer from this. I anticipate problems and failure like nobody's business. It's very hard to wean myself away from the assumption that nothing is ever going to work, ever.

(One thing about the first article of the code has always given me pause, though. "I will develop myself to the maximum of my potential in all ways". Is this really possible? Don't you have to choose which potentials you'll develop?) 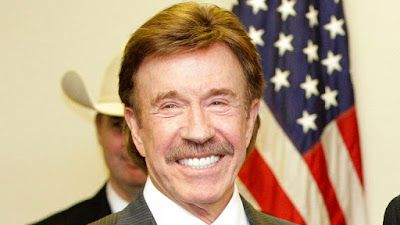 I first encountered the concept of a "positive frame of mind" from a poster in school. It was a poster listing good health habits, like brushing teeth regularly. It had never occurred to me that one should have a positive outlook-- I was so fatalistic I assumed life was mostly a downer, and that's just the way it was. Encountering the opposite point of view was a heartening novelty. (But then again, I emerged from a depression in my early twenties through seeing an advertisement for a fizzy drink with the slogan: "Welcome to the World".)

The resolution "I will work for the good in all people and make them seem worthwhile" is quite compelling to me, since I tend to have such a critical view of myself and other people.

"I will always be as enthusiastic about the success of others as I am about my own." Coming from Ireland, the land of begrudgery, this is a revolutionary idea to me.

I find this code quite inspiring, and a good standard to aim for. I share it in case others might find value in it.

(I quite enjoy watching Walker, Texas Ranger too.)

Posted by Maolsheachlann at 3:14 AM