The Seven Ages of Man (Part One)

I've had something of a troubled relationship with William Shakespeare all my life. He casts such a vast shadow over Western culture (and perhaps that of the whole world) that we come to his works already primed for an encounter with transcendent genius. In a way, we are initiated into the Shakespeare cult (I use the term "cult" neutrally) before we ever read a word that he wrote. In my case, when I have read the words that he wrote, the experience has generally fallen short of all the hype. I'm not suggesting this is the Swan of Avon's fault, of course.

Somehow or other, the idea of Shakespeare sunk deep into my consciousness from as long ago as I can remember. When I try to put that idea into words, the words I come up with are "perennial freshness". I absorbed the idea that Shakespeare showed us human life, and human nature, as vividly as though we had never seen it before-- that encountering a Shakespeare drama was rather like waking up from a slumber, and being reminded of the human condition itself. I also absorbed the idea of Shakespeare's universality, in the double sense of the scope of his drama and of its appeal to all sorts of people through the ages. 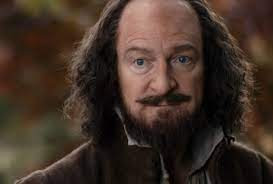 Much of this was down to my father, no doubt. My father was a wonderful advertiser for literature; he had a knack of making simple observations about this or that writer which not only captured my imagination, but which captured the essence of that writer. For instance, when I was first reading David Copperfield, he praised the way Dickens "kept all the balls in the air", a phrase which has never left me. Similarly, he told me that Shakespeare's mind was "like a sponge that absorbed everything it came into contact with".

I believe my first substantial encounter with Shakespeare was studying The Merchant of Venice in school. Looking back, it seems to me that all my class-mates approached Shakespeare with a similar awe to my own. When our teacher was going through our book list at the start of the year, an unfortunate girl asked who wrote The Merchant of Venice. Even my MTV-addled generation hooted in derision at this. Similarly, I seem to remember that the first words of the play-- "In sooth, I know not why I am so sad"-- branded themselves into our collective memory. 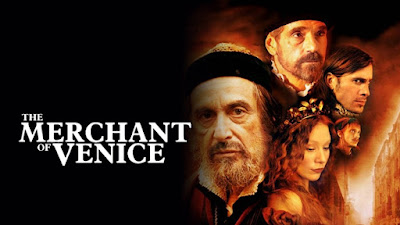 Although I enjoyed The Merchant of Venice (and, when we studied it in my final year, Hamlet), I was disappointed when it came to my own private reading of Shakespeare plays. They were not what I had anticipated. The plots seemed haphazard and contrived, the humour painful and tiresome, the obsession with certain themes (such as sexual jealousy) disproportionate given the supposed universal applicability of his works. More than anything else, I felt a sense of my own inadequacy, in that I was obviously oblivious to the Bard's genius. Put simply, the plays bored me. And, in all honesty, they have never ceased to bore me-- much to my shame.

It was very different with the great soliloquies (I have never been able to spell that word).These enthralled me. I'll never forget hearing my father recite the great speech from Macbeth:

To-morrow, and to-morrow, and to-morrow,
Creeps in this petty pace from day to day,
To the last syllable of recorded time;
And all our yesterdays have lighted fools
The way to dusty death. Out, out, brief candle!
Life’s but a walking shadow, a poor player,
That struts and frets his hour upon the stage,
And then is heard no more. It is a tale
Told by an idiot, full of sound and fury,
Signifying nothing. 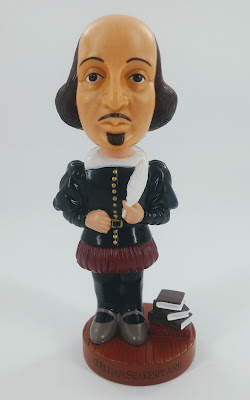 These words pierced me like a knife, but they exhilarated me even more. I can even remember how the final two words, "signifying nothing", seemed like the knife being twisted, the kick in the stomach at the end of a beating. The speech portrayed life as meaningless and hollow, but somehow sublime in its very meaningless. And the words "tomorrow, and tomorrow, and tomorrow" gave me a very specific thrill-- the thrill of suddenly seeing life in panorama view, as though one could actually look down a corridor of centuries.

The "quality of mercy" speech in Merchant of Venice (which we had to learn by heart) also delighted me. But undoubtedly the Shakespeare soliloquy that moved me the most, and that exerts an ever-strengthening grip on my imagination, is Prospero's soliloquy from The Tempest:

Our revels now are ended. These our actors,
As I foretold you, were all spirits and
Are melted into air, into thin air:
And, like the baseless fabric of this vision,
The cloud-capp'd towers, the gorgeous palaces,
The solemn temples, the great globe itself,
Ye all which it inherit, shall dissolve
And, like this insubstantial pageant faded,
Leave not a rack behind. We are such stuff
As dreams are made on, and our little life
Is rounded with a sleep.

(I recently learned that this speech originated the term "thin air".)

All this preamble and I haven't come to the Seven Ages speech yet. But this draft has been unpublished for a long time now, so I'll publish it and come back with a second instalment soon.

Posted by Maolsheachlann at 3:05 PM