An Tobar, or The Well: My Memorization Lark

This morning, I found myself newly excited by an idea for a project which has excited me in the past, which I've briefly taken up from time to time, and which I've discarded (or at least postponed).

This is the idea, briefly put: to memorize a corpus of oral culture-- "oral culture" is the best way I can think of describing it. By oral culture I mean poems, Scripture verses, songs, prayers, etc. etc. 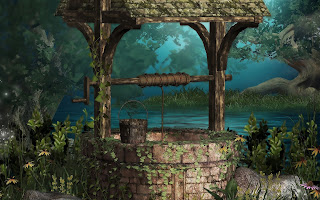 This idea first occurred to me while I was attending Mass in Our Lady of Victories Church in Glasnevin, though it has antecedents. Then I gave it the name "An Tobar" (Un Tubber), which means, "The Well" in Irish.

I made a start on it with poems.

When I was a teenager, my memory for poems was amazing. I learned poems without even trying to do so. I'll always remember the time when I was walking home from school and I realised that I had by heart the entirety of "A Prayer for my Daughter" by W.B. Yeats-- quite a long poem. I hadn't even read this poem attentively-- we hadn't even started to study Yeats. Poetry just went from my eye into my memory, if it appealed to me at all.

Well, it's not like that any more-- sad to say. Now it's something I have to do deliberately.

I think oral culture is something we really lack in our society.

Knowledge of the Bible, for instance. You only have to read novels and essays and plays written in previous times-- up until the end of the nineteenth century, and perhaps even decades later-- to realise that almost everybody at that time, educated and uneducated, had a pretty detailed knowledge of the Bible. References to the walls of Jericho, the writing on the wall at Belshazzar's feast, Samson and Delilah, or the "still small voice" which spoke to Elijah were common currency, used in the expectation that they would be understood. So were quotations such as: "the good which I would I do not, but the evil which I would not, that I do." They were used by atheists and secularists as readily as by Christians.

The same was true of poetry and literature. Educated writers (and even writers writing for 'the masses') seemed to expect that allusions to classic poetry and novels, and especially to Shakespeare, would be recognised by all.

True, we do have our own oral culture today-- pop culture. "One does not simply walk into Mordor", "Here's looking at you, kid", "Guns. Lots of guns", "You can check out any time you like, but you can never leave", etc. etc. And I don't despite this by any means. I'm long past my "disdain for the present", an attitude which Chesterton so rightly condemns. Memes and "iconic" quotations and images are a form of folklore. And they overlap with high culture and religion and folk culture in many places. (For instance, I am going to mention the Ray Bradbury novel Fahrenheit 451 in a little bit-- but I only know the story through the movie version.) 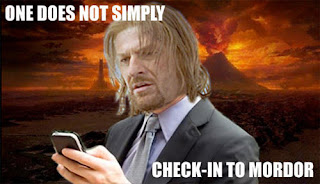 All the same, I feel it's a shame that pop culture is increasingly our only folk culture. It's a shame that everything has to be mediated by the TV screen, the cinema screen, the internet, and the entertainment industry in general. It's all so recent, too-- only stretching back a few decades, for the most part. There's something very alienating about that-- at least, there is for me. I crave deeper roots. Also, pop culture tends to have a homogenizing effect, all over the developed world and further afield.

Irish folk culture is something whose loss I lament. My father can sing hundreds of folk ballads, and he's incredibly blasé about this. Sometimes he will rattle off three or four verses of a folk ballad I've never heard, and then say: "I last heard that song fifty years ago." He doesn't say it boastfully, just as a matter of fact.

My father is something of a prodigy in this regard, but not that much of a prodigy. Many older Irish people, and even Irish people my age, can sing folk ballads for hours, rattling off one after another. I feel very ashamed that I can't do the same, and (when I think about it) almost desolate at the thought of this wealth of oral culture passing away.

Some time ago, my wife asked me to sing a song. I was unable to come up with any song without stumbling over some of the words, or having to skip over some lines. When I told my father that, he said: "You should be ashamed of yourself." He was joking, but I really am.

I've had thoughts like these for quite a few years now, and they've led me to deliberately memorize poems. I've recited some of these at social occasions. (This also reflects my belief in giving poetry a bigger place in everyday life.) I once recited the entirety of  Edgar Allen Poe's "The Raven" at a dinner party. I was holding a lit candle as a prop, and my plan was to blow it out immediately before the final "Nevermore". However, I struggled to extinguish it, leading to considerable amusement. I also recited "Ulysses" by Tennyson at another dinner party. 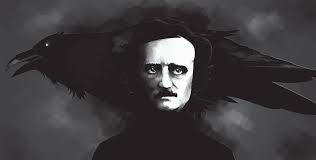 I couldn't recite "The Raven" now, nor the other poems I memorized at that time. I can still recall poems I memorized in my teens, but not more recently. I've decided that memorization is useless without constantly refreshing the memory-- daily, or near-daily, practice. I've been getting more physical exercise recently, wanting to get my body into better shape, and I think mental "exercises" of this sort are a good counterpart to this.

Another motivation for this project is our increasing dependence on technology. I sometimes shudder to think of the amount of time I spend looking at various screens throughout the day. When I walk through the library and see all the students on their laptops, or when I look around the bus and see everyone on a mobile phone or other device, I feel a deep sense of unease. Even if there's no mental or physical consequences to this (and there probably is), there's something...unseemly, even inhuman about it.

I feel we should have more inner resources, rather than resources stored on computers, or in the cloud, or in other technological forms.That which lives in our minds, rather than in digitised form on a computer, belongs to us-- is even a part of us.

I mentioned Fahrenheit 451, the Ray Bradbury novel. You probably know the ending of the story. But if you don't, and if you care about "spoilers" (which I never have), skip to the next paragraph. In Bradbury's dystopian future, where books are banned, an underground resistance (which no dystopia can do without) seeks to preserve books by memorizing them. Each person in the resistance memorizes an entire book, and keeps it alive in their memory.

I found that idea wildly exciting. To become an avatar of a tradition, a vessel of a tradition-- somehow, the very thought of this stirs my blood. I find the Amish and the Mennonites extremely admirable, even though I realise that they have their own problems, and it's too easy to romanticize them. I'm inspired by Native Americans who seek to revive and preserve their culture, and indeed by every deliberate and self-conscious attempt to preserve and restore a culture-- especially those which are very much swimming against the tide, and climbing uphill.

So my project-- An Tobar, the Well-- is to try to develop a well of living memory within myself. These are the kind of things I'm thinking of memorizing:

This is a lifelong project, and one I'm going to pace myself on. In the past, I rushed into it and burned myself out too quickly.

In the spirit of taking it slowly, I've decided on my first subject matter for memorization; jokes. Jokes may be the humblest unit of oral culture, but oral culture they are.

I've always been a big fan of jokes, especially old-fashioned "a guy walked into a bar" type jokes-- that is, jokes with a set-up, a situation, and a punch-line. I think there is a certain poetry to such jokes; such a joke is very like a snow-globe, a little world of its own.

However, like many people, I struggle to remember them when they would come in handy.

In 2001, when I was a trainee in the Allen Library project (a training project for unemployed people, which gave them library and archive experience), we were given a few classes in job-seeking and interview technique. I remember one of the trainers telling us: "Interviewers like to see how you cope with the unexpected. Some interviewers even ask interviewees to tell them a joke."

A grizzled old guy in his sixties, who had worked for a bank most of his life and had been swindled out of his pension fund, replied: "You know what I'd say to that? I'd say, 'I'll tell you a joke. Your f****** interview technique is a joke."

I'm not always at a loss for a joke. The one time I met my father-in-law (RIP) we engaged in a joke marathon that lasted at least fifteen minutes. I'm rarely on such good form.

I reckon that if I had about a hundred good jokes on the tip of my tongue, I would never be at a loss for one. And it would be a good, gentle start to this life-long project.

So...please tell me some of your favourite jokes, or even one of your favourite jokes! In the comments, or in an email to Maolsheachlann@gmail.com. I don't like disgusting jokes, and I don't like dirty jokes. I especially like jokes that have a bit of a philosophical depth to them, and that have a "snow globe" quality to them-- the man who walks into a bar, etc. But they don't have to have any of that.

I'll set the ball rolling. My favourite joke of all time is a Halloween joke. Why do ghouls like demons?

Because demons are a ghoul's best friend!
Posted by Maolsheachlann at 5:57 AM